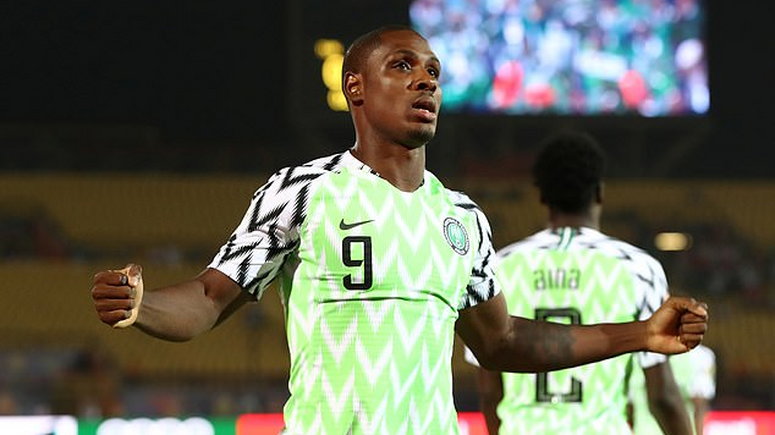 Ighalo is with Chinese club Shanghai Shenhua and has two years left on his contract. Slimani is on loan at Monaco from Leicester City. United are looking for a short-term loan to fill the void left by the injured Marcus Rashford.

United’s star player has been sidelined due to a back injury and could be out for the rest of the season, missing out on the final games in the Premier League and United’s Europa League campaign.

Arsenal are dumped out of the Europa League on away goals

Olympiacos have pulled off a shock away goals victory over Arsenal in the Europa League. Arsenal was in a perfect position after the first leg...
Read more

Ole Gunnar Solskjaer has praised the impact that Odion Ighalo has had at Manchester United after the striker scored his first goal for the...
Read more

Man Utd turning corners with Bruno Fernandes at the wheel

Have Manchester United turned a corner? That question headlined numerous outlets with greater reach than ourselves on a monthly basis through the first half...
Read more

Inter Goalkeeper Padelli: “We Will Be Ready For Juventus”

Following Inter’s win over Ludogorets in the second leg of their Europa League round of 32 clash with the Bulgarian side, Inter goalkeeper Daniele...
Read more

The mighty Ajax crash out of the Europa League to Getafe

Ajax may have won on the night but it was not enough to stop the European giants eliminated from European competition. La Liga’s Getafe arrived...
Read more